This day has been a long time coming, but it’s finally time for me to move on to my next big adventure. Today is my last day at Microsoft. 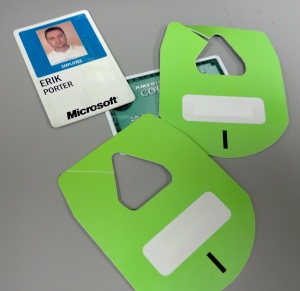 First off, I would like to thank Microsoft. There were lots of ups and lots of downs and I’ve never had so many of both at any single place of employment before, but without this company that I now call my former employer, I would not be where I am today both personally and professionally. I’ve met so many great people, learned how to build and manage software (as well as how NOT to build/manage software :)) and my wife and I had two wonderful children during my time at Microsoft, but how did I get here (skip the next paragraph if you’re not into hearing about how I started in programming and leading up to Microsoft)?

I remember in high school taking my first programming classes in Turbo Pascal 7.0 for DOS, then Visual Basic 4 and how it finally felt like I found what I wanted to do. I had always been a creator, but never truly found something that made me feel like I could turn an idea into something useful for others until computer programming showed me how to turn those 1’s and 0’s into a piece of software. Seeing how Microsoft was at the center of all this, I knew someday I needed to work for them. In college I had a great time learning lots of mostly useless information, then getting a job working on the university’s web site. The following few semesters were filled with sleepless nights in my dorm room learning how to manipulate the DOM with JavaScript in Netscape. Once IE 4 came out and I learned about XML HTTP Requests, it was all over for me. Within a semester, I dropped out (before I flunked out ;)). This web programming stuff was just too much fun! I took a bit of a break from programming full time and worked in the CAD department at my family’s boat company in my hometown. While that was a lot of fun, I got the programming bug again (pun sort of intended?!?!) and moved upstairs to the IT department where I (and others) built everything for the company at the time from VB6/Flash based sales and financing software (eventually moving to VB.NET/WinForms) to internet and intranet sites using (Classic) ASP (eventually moving to ASP.NET 1.0). While getting to build some cool stuff with Microsoft products, in the back of my mind, I was still thinking I needed to get out there working for Microsoft. I became a Microsoft MVP at this time (for the next 4 years as well), which helped get me more connected to the folks out in Redmond. I also got to see Seattle and the Microsoft campus. Instantly, I knew I could live out here. Somewhere in this story I wrote some articles and co-authored a book and landed my first (of 3!) interviews at Microsoft for the now defunct WinFS (you know, that thing Bill Gates just talked about on his Reddit AMA) team for a Programmer Writer job. I didn’t get it, though reviews of me were generally positive. I decided to leave my family’s company (despite MUCH discouragement) and start consulting on my own. 9 months later, I was drop dead broke and my girlfriend (now wife) had to pay some of my bills to survive. Needless to say, I was too young and dumb and inexperienced at the time to build up my own company. Many lessons learned. Somewhere in there, I got another interview at Microsoft. This time for an SDET position on the Visual Studio team. I didn’t get the job this time either. My results were about the same. Good for Microsoft, not good for this role. Onward! I got a job for a local company doing some cool stuff called Aptera. I was employee #2 (or #4 if you count the two co-founders) in a little office building software for local businesses. I learned a lot about working with people there. I also got married to my beautiful wife then! 🙂 Ultimately, I still had the itch to work at Microsoft and my new wife is an opera singer and there are lots of opportunities in the Seattle area to sing opera professionally. So this time I heard about a cool opportunity (through a past co-worker…at nearly all of my past jobs :P) to work on the Channel 9 website at Microsoft. At the time, it was the hip and cool new thing at Microsoft and I couldn’t pass that up. I flew out and interviewed and got the job!

I began my first day at Microsoft on November 14th, 2005. Here’s a fun blog post from my first day. While you can’t see the image anymore, it’s of me wearing my consulting t-shirt (black) that says “I don’t work here” (funny, right?). I had taken a black marker to the “n’t” on the shirt so it now said “I do work here”. 😉 At the time, Bill Gates still worked at Microsoft (and hadn’t even announced his 2 year plan to leave, though that came within my first year if I remember correctly) and the Xbox 360 hadn’t been released yet. It seems like a life-time ago! I worked as a developer on the Channel 9 team for 4 years and eventually moved to the ASP.NET team where I’ve been for the last 3 or so years (as a Program Manager for almost 3 years). Here are a few highlights from my time at Microsoft…

Worked on the following while on the Channel 9 team: 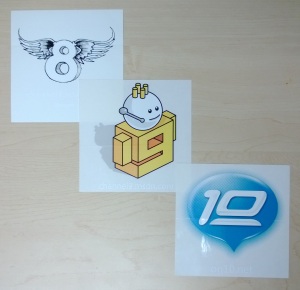 Worked on the following on the ASP.NET team:

Along the way I met lots of great people who I enjoyed working with and will continue to be friends with (and work with) in the future. One in particular that stuck since the latter part of my time on the Channel 9 team was Nathan Heskew. Nathan and I have worked together on side projects at Microsoft since the first few weeks we worked together when he joined the Channel 9 team way back when. We built Oxite together, both worked on the Orchard team for a bit and over 2 years ago started working on Rowi, which is our Twitter app for Windows Phone and Windows 8. We built Rowi for a few reasons. First, we were not happy with any of the Twitter apps that were available in the early days of Windows Phone (there were only a few at the time) and thought that Twitter apps had to be simple and a total piece of cake weekend project, right? RIGHT?!?! Hint: They’re actually a TON of work just like all other good apps out there. Second, we knew that we eventually wanted to build our own company and thought (what became) Rowi would be a good test of that with two simple criteria. Could we build something that people actually enjoyed using and could we do it without losing money? We probably should’ve also included “and still get some sleep since we both have wives and small children at home”, but live and learn (and someday sleep…someday). Now that Rowi is on two different platforms and is the best rated and most popular Twitter app on Windows Phone (other than the more downloaded and much lower rated official Twitter app), we’d rate it as a success for us. While Rowi hasn’t been a big money maker for us, it has been a great experience and we’ve now taken our reputation with this app and used it to find other work, which leads me to… 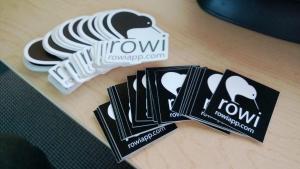 What’s next? Hidden Pineapple, of course! Don’t mind the crappy little website that’s up there right now. We’re nearing completion of a brand new sexy website! 🙂 I will be the first member of Hidden Pineapple to work on our projects full time. It will be great to get back into development full time, but also great to be able to decide what projects to work on, manage those projects end to end and write them. Here in the beginning, you will find us working on projects for both big companies you know and small companies you might not have ever heard of. Everything from mobile apps and websites to back-end services in the cloud. You will also see us continue work on Rowi as well as some new original products and services of our own. I’m very excited where this is going and will be sharing my personal experiences from running a business, to writing code and working with the community. So, stick around for more!

Have any questions? Does your company need a cool app made on Windows Phone or Windows 8 or a web application or service in the cloud? Or maybe all of the above working seamlessly together?!?! Contact me at erik at hidden pine apple dot com for pricing and availability.

P.S. Microsoft decided to celebrate me leaving Microsoft by shipping the latest release of ASP.NET Tooling/Templates the same day as my last day! Ok, it’s just a coincidence, but a fun one. 🙂 Do check it out! Great stuff and some of it was some of the last projects I worked on at Microsoft.

P.P.S. For all of you Windows Phone developers out there that have been missing HttpClient from Windows Phone 8, fear not. Microsoft is releasing (ALSO TODAY, my last day) an updated NuGet package with a new Portable HttpClient that will work on Windows Phone. Hooray! 😀